Our current Board of Directors is a dedicated group of writers who have been helped along the way by the SDCWG—and who are committed to paying it back by serving the guild. 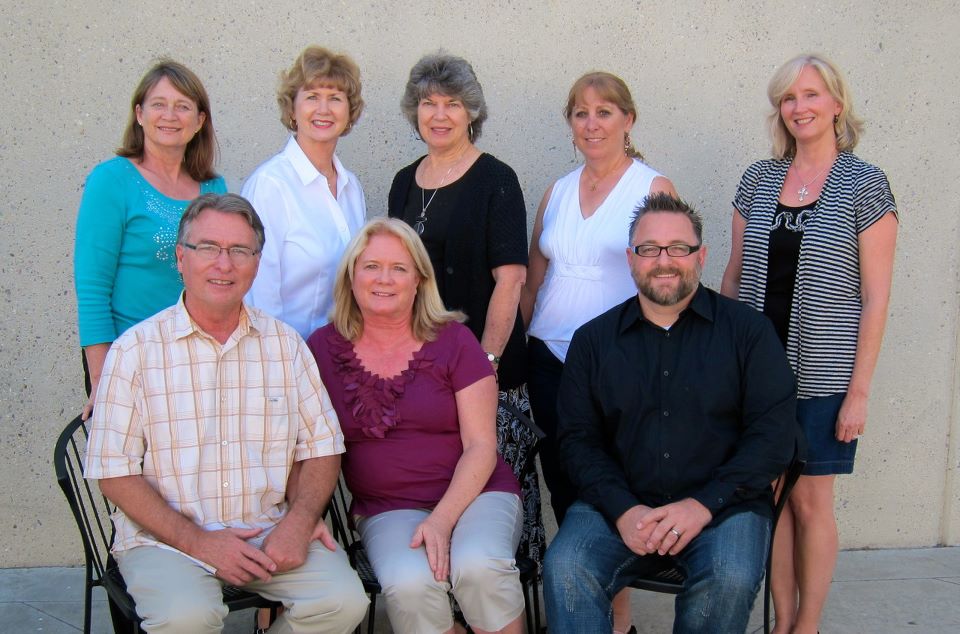 Bob and Jennie Gillespie are co-presidents of the San Diego Christian Writer’s Guild. They launched Horizon International Magazine with Sherwood Wirt, founder of the Guild, which they edited for ten years. Today, the Gillespies both work at Maranatha Chapel with Pastor Ray Bentley. Bob runs the media department where he oversees publications, internet, radio, video and photography ministries. Jennie is the in-house editor, helping with books and booklets and editing various other ministry items. Jennie also freelances as an editor and has worked on numerous books with other authors, including a book by Mary Jenson, based on her friendship with long time guild member Nancy Bayless.

Brett Burner is the Publisher of Lamp Post, a publisher of both classic and current fiction, memoirs, non-fiction works, and graphic novels, with a strong mission of publishing works that edify the readers. He has created and written on several graphic novel series, most notably the hit youth series, The Hand of the Morningstar, co-published by Harper Collins/Zondervan and Lamp Post. Brett is also a Speaker and Bible Teacher. His dynamic, energetic, in-depth–and sometimes loud!–teaching style has been well-received by his audiences, and he has preached and taught in numerous churches and publishing events throughout San Diego and Riverside Counties in California.

Vicki Hesterman, Ph.D, is a writer, editor, photojournalist and teacher who has interviewed or photographed personalities as diverse as Paul McCartney and Billy Graham.  She has edited 35 books, written hundreds of newspaper and magazine articles, as well as three books, and helped write several dozen others. Her photojournalism has also been widely published. Dr. Hesterman has been active in professional communications organizations, community volunteer work, church and Bible studies, and has done short-term mission work and photodocumentaries in Mexico and Europe. Her research has been published in academic journals and presented at professional conferences. Her university students have won national awards for their magazines and writing. Her Ph.D. is in communication with an emphasis on magazine and visual journalism. Connect with Vicki (vickihesterman@earthlink.net).

Susan Meissner is a multi-published author, speaker and writing workshop leader with a background in community journalism. Her novels include The Shape of Mercy, named by Publishers Weekly as one of the 100 Best Novels of 2008 and a Carol Award winner. She is a pastor’s wife and a mother of four young adults. When she’s not writing, Susan writes small group curriculum for her San Diego church. Visit Susan at her website: www.susanmeissner.com on Twitter at @SusanMeissner or at www.facebook.com/susan.meissner.

Ann Larson, treasurer of the San Diego Christian Writers Guild, received her Bachelor’s Degree in Art History from Wellesley College in Massachusetts as well as a Certificate of Accounting from UCSD’s Extended Studies program. Ann has worked as a bookseller and is the author of two novels, both of which reached the semi-finals in the American Christian Fiction Writers’ Genesis contest. A member of the San Diego Museum of Art, Ann is currently writing her third novel, a mystery about a stolen Renaissance masterpiece. She lives with her husband in San Diego, California.

Carol Crater has written many feature articles for newspapers and national magazines. She received the award for Best Magazine Article of the year 2000 from the San Diego Christian Writers Guild of which she has been a member since 1995. She received her Bachelor’s Degree in Computer Science in 1975 from the University of California, San Diego and her Masters Degree in Computer Science in 1985 from West Coast University in San Diego. As Directory of Technology for Global Web Solutions (GWS), a World Wide Web (WWW) service and marketing company, she designed and created Internet sites for GWS’s private and corporate clients. Carol is a computer software engineer at Teradata. Since 1979 she has designed and developed computer software, produced technical manuals and created and presented technical training courses. A southern California native, Carol currently lives in Ramona, California with her daughters. 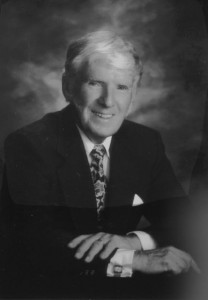 Dr. Sherwood Eliot Wirt, known to friends and family as Woody, went home to the Lord in the early morning of November 8, 2008. His wife, Ruth, told us that he slipped away in his sleep.

Sherwood enjoyed a long literary career that started with jobs for the San Francisco Examiner, and the Juneau (Alaska) Daily Press, where he served as city editor for four years. He also served as a chaplain in the U.S. Air Force, pastored several churches, and held Ph.D.’s in theology and psychology from the University of Edinburgh in Scotland (Class of ’51).

After writing a book about Billy Graham’s San Francisco Crusade in 1958, Billy invited him to join his team. Woody holds the distinction of being the founding editor of Decision, a magazine envisioned and established by Billy Graham which reached a circulation of well over four million under Woody’s direction. For over twenty years he accompanied Billy on countless evangelistic crusades all over the world, and later wrote a biography about his friend titled Billy: A Personal Look at Billy Graham. His death came the day after Graham celebrated his 90th birthday.

Woody wrote hundreds of articles and over 30 books, including his best seller, Jesus Man of Joy, and the highly recognized translation of one of his favorite pieces of literature: The Confessions of St. Augustine. His writing has been translated into eight languages. During his long career, Dr. Wirt once met Albert Einstein, was invited to the White House, and was the last writer to interview C.S. Lewis before Lewis died in 1963. You can read that interview here.

With much of his career devoted to helping other writers, Woody started schools of writing all over the world. When he “retired” in 1978 he founded the San Diego Christian Writers Guild, the largest countywide Christian writers group in the United States. He is remembered by countless writers for his encouragement, inspiration, humility, and mentoring. Many notable authors count him as their “writing father.” Jerry Jenkins (Left Behind) once wrote, “Woody, thanks for decades of mentoring, encouragement, critique, and indefatigable labor on behalf of all of us called to this glorious ministry of writing.”

Woody loved to hike and reveled in God’s creation (“Why do people go to gyms,” he used to ask, “when there are all these hills to climb?”). He loved Gilbert and Sullivan and good literature. He was passionate about the JOY of the Lord, and wrote at least three books on the subject. He loved people. He loved the Lord. He loved life.

Woody spent 97 years on this earth. His beloved wife, Ruth, tells us that in the past few weeks, when he had to be moved into an assisted care facility, he spent his days sitting at the dining room table, greeting other residents with a smile, and reading his Bible out loud. He served his Lord until the day he went home.

Sherwood Eliot Wirt is survived by his wife, Ruth, and son and daughter-in-law, Alex and Gina, and two grandchildren, Bree and Tyler.